Total Square Footage: 23,000
Number of Floors: 2
Date of Construction: c. 1937
Architectural and Historical Significance: Theme: Commercial Architecture
Level of Significance: Local
Classification: SIGNIFICANT
The exact date of construction for this building is uncertain, however, the Capitol City Press expanded their operation from the adjoining building at 340 Florida and used both buildings beginning in December, 1937. It is thought that Capitol City Press built the building, or had it built, in 1937. Prior to 1937 the property was owned by the Bird Family. Although less significant than its neighbor at 340 Florida, the building is considered architecturally significant for its visual quality.
(Architectural and Historical Survey of Downtown Baton Rouge, Louisiana – July 1984) 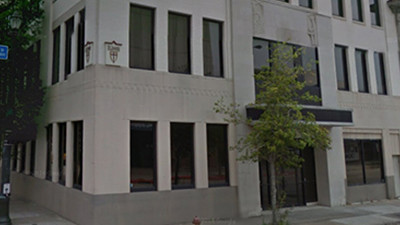