Named after William Charles Cole Claiborne, who was elected governor of Louisiana in 1912. Groundbreaking occurred on December 13, 1999, and the building officially opened on May 9, 2002. 1201 North Third Street, between River Road and Third Street, across the street from Casino Rouge. 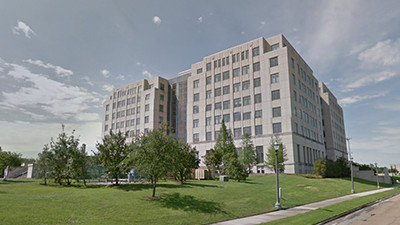