Total Square Footage: 58,000
Number of Floors: 7
Date of Construction: 1921
Architectural and Historical Significance: Theme: Commercial Architecture and State Politics/Government
Level of Significance: Local and State
Classification: SIGNIFICANT
This building has been known as the King Hotel and the Heidelberg. Next to the present Capitol House, it was the second most significant hotel in the downtown area for a period of a half century. The first three stories of the building were built in 1921 as one of the building projects of Alfred C. Glassell, Sr. The upper four stories were added in 1931. In addition to its significance as a major hotel, the building and its basement-level tunnel connecting to the Heidelberg Hotel are well known as the site used by many political figures for meetings and state government activities.
(Architectural and Historical Survey of Downtown Baton Rouge, Louisiana – July 1984) 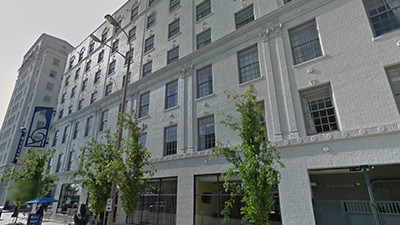