Total Square Footage: 15,000
Number of Floors: 2
Date of Construction: 1939
Architectural and Historical Significance: Theme: Community Development and Public Architecture
Level of Significance: Local
Classification: MAJOR SIGNIFICANCE
The old Public Library building is currently leased from the city by the Capital Area United Way. It is a major landmark in the downtown area dating from the New-Deal era. Its date of construction is 1939, and therefore it is not 50 years of age. It occupies land which was originally part of the state penitentiary grounds. Prior to the construction of the present building, the property has been owned by a succession of individual's who were prominent in the development of Baton Rouge in the early part of this century. These individuals include Eugene Cazedessus, George Hill, and the Baton Rouge Realty Co., all of whom were owners or part owners of the property. The old Public Library building is also significant architecturally due to its construction in the spirit of the Art Deco style.
(Architectural and Historical Survey of Downtown Baton Rouge, Louisiana – July 1984) 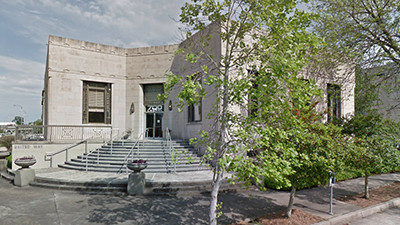