The Pentagon Barracks is a complex of buildings located at State Capitol Drive at River Road in Baton Rouge, Louisiana, in the grounds of the state capitol. The site has been used by the Spanish, French, British, Confederate States Army, and United States Army and was part of the short-lived Republic of West Florida.[2] During its use as a military post the site has been visited by such notable figures as Lafayette, Robert E. Lee,George Custer, Jefferson Davis and Abraham Lincoln. 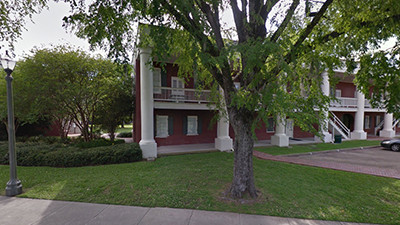