Total Square Footage: 68,000
Number of Floors: 7
Date of Construction: 1916 and 1923
Architectural and Historical Significance: Theme: Commercial Architecture
Level of Significance: Local
Classification: SIGNIFICANT
The State National Life Building was formerly known as the Reymond Building. Dalton's Department Store, the city's premier retail outlet for half a century, was located on the ground floor. The portion of the building at 2€3 Riverside was built in 1916, and an addition at 273 Riverside was built in 1923. The building is of minor significance architecturally, but is certainly significant as one of the first three major office buildings in the downtown area.
(Architectural and Historical Survey of Downtown Baton Rouge, Louisiana – July 1984) 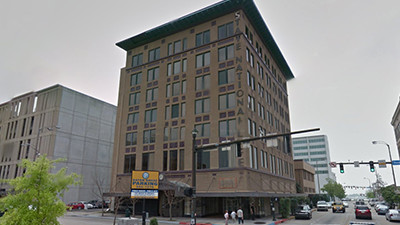