Total Square Footage: 7,000
Number of Floors: 2
Date of Construction: 1923
Architectural and Historical Significance: Theme: Commercial Architecture
Level of Significance: Local
Classification: SIGNIFICANT
Mrs. Annie Kaufman bought this property in 1900 from Isadore Abramson for the sum of $8000. Records indicate that improvements existed on the site at that time. At some point prior to 1923 all existing improvements were removed from the site. A Contract of Lease date April 26, 1923 describes the lease of the "third store room from the corner of Third and North Boulevard in the building now being constructed" by Mrs. Annie Kaufman (COB 119, p.276). The lessee of the store was The White Brothers Company, a men's clothing store. The first evidence of the Straube Drug Store being located in the building is a lease contract for the "second store room from the corner of Third and North Boulevard, for a period of four years, beginning July 17, 1924 and running until July 16, 1928." The Straube Drug Company expanded its business in 1936 according to a lease contract recorded February 28, 1936 (COB 309, p. 334). This lease was for the "South end of the building ... bearing municipal numbers 103 and 105 Third Street." Prior to the Straube Drug Store being located in the South portion of the building, Frank J. Bankston, Inc. leased the building beginning August 1, 1924, for use as a haberdashery. The original Charter of the Straube Drug Company is recorded on March 20, 1915 (Original 82, Bundle 18) with B. E. Eskridge, President, Nathan K. Knox, Vice President, and H. R. Straube, Secretary-Treasurer and General Manager. The Straube Drug Company may well have been established prior to this time in another form as stated on the sign on the front of the present building "Stroube Drugs, Since 1894," but it was not housed in the present building. The significance of the building is historical; there is no architectural significance. For many years it was a popular gathering place, at the soda fountain, for LSU students commuting to and from campus on the bus, and for patrons of the Paramount Theater. 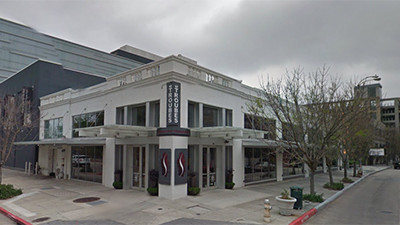