Total Square Footage: 30,000
Number of Floors: 4
Date of Construction: 1924
Architectural and Historical Significance: Theme: Commercial Architecture
Level of Significance: Local
Classification: SIGNIFICANT
Parish records indicate that the Elks Theater Co., in an amendment to their charter recorded on October 30, 1923, changed their name to the Triad Co. The purpose was to "purchase and own real estate, and to improve real estate by erecting buildings thereon." The Triad Building was built in the following year, with part of the ground floor leased to the Cumberland Telephone and Telegraph Co. The building is considered significant due to its use as a major office building for over a half century. While it represents no particular architectural style, it is considered significant for its visual quality.
(Architectural and Historical Survey of Downtown Baton Rouge, Louisiana – July 1984) 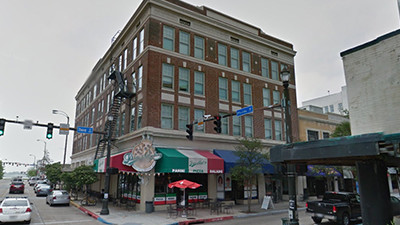