The Downtown Greenway, a functional green network of pedestrian and bicycle paths, has just been awarded $1,144,547 million in Transportation, Community and System Preservation Program (TCSP) funds for implementation.

The grant, offered through FHWA, assist communities in improving the efficiency of their transportation systems by reducing the environmental impacts of transportation and the need for costly future public infrastructure investments.

The grant will help connect North Boulevard Town Square with the planned greenway along I-110 via the North Boulevard Promenade - a multi-use pathway that will be constructed in the median under the beautiful North Boulevard Live Oaks. The connection is a very important piece in the overall greenway concept that plans to connect 7 BREC parks and neighborhoods along the greenway with LSU, Downtown, and the levee bike path.

The TCSP grant award, along with numerous other successful grant applications, will bring the total dollars for construction to $3 million.

Design work for the Downtown Greenway will commence within the next few months after a nationwide call for proposals. The very best designers will be sought to envision and create this special recreation and sustainable transportation amenity for the community.

And the Downtown Greenway is only the beginning. Organizations such as BREC, and the FUTUREBR Implementation Team are working to implement greenways throughout the city. As a major recommendation of FUTUREBR, the city's new comprehensive master plan, a city wide network of bike paths will make commuting and leisure by bike a safer and more viable alternative in our great city. For more information on Greenway Project, click here to view the 2010 Feasibility and Cost Study and here to see a map of routes. 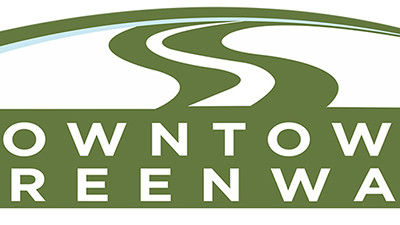