Downtown is quickly becoming one of the most desirable places to live in Baton Rouge. With quality schools, exciting entertainment options and unparalleled cultural amenities all within walking distance, more and more people are starting to realize downtown is the perfect place to call home.

Baton Rouge native and new downtown resident Ellen Miletello says, "There are so many new restaurants, shops and bars, it definitely doesn't feel like I'm in the same Baton Rouge anymore."

Miletello is one of the lucky new residents moving into the beautifully renovated Tessier Building, located near the corner of Lafayette and Laurel Streets in downtown Baton Rouge.

One of the three residential units and all four commercial spaces even feature a stunning view overlooking the Mississippi River.

This was a major selling point for Lonnie Carnaggio, co-owner of TILT, who recently moved back downtown into the Tessier Building after leaving the city's center more than 6 years ago. "The view is incredible," Carnaggio said. "Sometimes I'll see a ship, train, plane and car-all at one time from sitting behind my desk." The balcony is an tremendous asset, it is something we use everyday."

Over the course of its 200-year history, the Tessier Building has been home to many prominent Baton Rougeans, including Judge Charles Tessier, the first probate judge of East Baton Rouge Parish, and Frances and Jules Landry, preservationists who purchased the building in the 1950's to prevent this historic landmark from being torn down.

Like so many of downtown's most unique assets, it fell into a state of disrepair over the years and remained uninhibited until someone came along with the passion and the drive to restore it to its former glory. Those people were Dyke Nelson and David Weinstein.

As the owners and developers of the Tessier Building, Nelson and Weinstein began the renovation last year with the goal of respecting the original architecture and restoring as much as possible, while also adding high tech amenities and sustainable features to make the building more attractive to modern-day tenants.

"I've always focused on sustainable architecture, and one of the most sustainable things you can do is renovate a building rather than build a new one," Nelson said. "The Tessier renovation was indeed a herculean task, but it's one that we gladly took on."

"We had one person [working on this project] whose entire job was simply to restore-not to rip out, but to restore," Weinstein said. "From the doors, to the windows and the wood, we saved as much as we could. That's attractive to a lot of people, but it's also a part of our core beliefs. It's the way we do business."

"As owners, we felt it was important to develop this project consistent with LEED design standards-that means focusing on energy efficiency, proper disposal of waste from the site and many other elements that contribute to a healthy environment." Nelson said.

LEED, which stands for Leadership in Energy and Environmental Design, is a program administered by the U.S. Green Building Council which provides an independent, third-party verification that a building, home or community was designed and built using strategies aimed at achieving high performance in key areas of human and environmental health.

"Now that the project is complete we are submitting those documents and hoping for a LEED gold certification" Nelson continued.

Energy efficiency and sustainability were additional selling points for Carnaggio.

"We expressed interested in leasing more than a year ago, long before we actually saw the results of the renovation," Carnaggio said. "We share the same philosophy for high-end design and green sustainability. That was a very big draw for us, and now that we are in the building we have not been disappointed."

The commercial unit features historic architecture in a 2,000 square foot open workspace setting with modern day amenities such occupancy sensors for the lighting and a high tech A/C system that learns from your usage habits and can be remotely controlled through an iPhone application.

"The character that this building has is incredible, and the location is unbeatable," Carnaggio said. "We love it."

Clearly, many others were impressed by the project as well.

"We listed the property on the DDD website on a Tuesday," Nelson said. "We received six calls that day, showed two days later and signed our first lease. This demonstrates there is a huge demand, and we need to keep meeting it."

"Now, we actually have a waiting list for the residential units, which shows there really is a tremendous demand for this kind of high quality, reasonably priced property," Weinstein added. "The success of the project has really encouraged us to continue working to keep meeting the tremendous demand there is for sustainable development downtown."

In fact, Nelson and Weinstein already have plans to build 16 more residential units on the Tessier site that will mimic the original building's architecture and include similar high tech, sustainable features. For information about pre-leasing, please contact Dyke Nelson at 0614dyke@gmail.com. 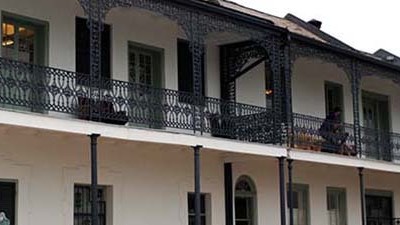