(Minneapolis, MN. September 22, 2012)-During its most recent annual conference, the International Downtown Association recognized the Baton Rouge Downtown Development District with a Downtown Merit Award for its work and initiatives related to North Boulevard Town Square.

The North Boulevard Town Square was among 22 qualified entries in the category of Public Space. This category recognizes capital improvements that enhanced the urban design, physical function, or economic viability of downtown and the community. North Boulevard Town Square was selected as the winner of the category, reflecting its ability to act as a common space where all are welcome to gather and experience the rich culture of south Louisiana. It was designed for the people, versatile enough to be used for both active and passive recreation.

Since its completion, North Boulevard Town Square has been utilized everyday for popular events ranging from quiet lunches to live concert events. The North Boulevard Town Square beacon, located at the heart of the Arts & Entertainment District, has been a focal point, continuously displaying community significant events to users of the space. Such events include; Hurricane Isaac Updates from the Weather Channel, downtown event information, the Summer Olympics, and televised football games.

North Boulevard Town Square has received seven awards from state and national organizations ranging from the Good Growth Coalition to the American Society of Landscape Architects. This award is the fifth consecutive award received by the Downtown Development District from the International Downtown Association, giving recognition to the continuous progress of Downtown Baton Rouge.

"North Boulevard Town Square has definitely become Baton Rouge's living room, attracting residents and visitors to enjoy the experiences it offers. The award is a great honor to North Boulevard Town Square and reiterates the positive response it has received from the people of Baton Rouge. The support of Mayor-President Kip Holden and the Metro Council has been instrumental in the realization of Town Square and the national recognition it continues to receive," Davis Rhorer, Executive Director of the Downtown Development District said in the news release.

The Washington, D.C. based International Downtown Association (IDA) is a champion for vital and livable urban centers and strives to inform, influence, and inspire downtown leaders and advocates. With 550 downtown organization members and thousands of friends, IDA is a guiding force in creating healthy and dynamic centers that anchor the well-being of towns, cities, and regions. 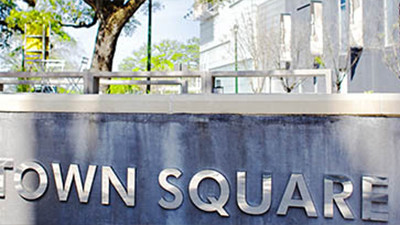