Share:
Louisiana Associated General Contractors (LAGC) and the Louisiana State Licensing Board for Contractors (LBC) are teaming up to develop a four-story building in downtown Baton Rouge that will house offices for both entities. LAGC is a private organization that represents and advocates for the construction industry. The LBC is a state licensing agency.

Site work has begun on the vacant parcel adjacent to LAGC’s existing headquarters building at the intersection of North and Sixth streets that will house the new 38,000-square-foot building. When completed, LAGC will occupy the top floor, while the LBC will occupy the three lower floors. The building is expected to be completed first quarter of 2018. LAGC also plans to renovate its current location, adjacent to the new facility, and either lease or sell it. The LBC will relocate to the new facility from its existing offices at 2525 Quail Drive. 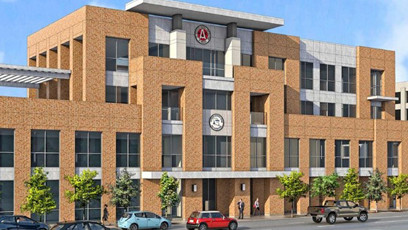