Designed by Bounds and Gillespie Architects, PLLC., the hotel will take advantage of downtown's skyline along Third Street and Florida Street, as well as south to LSU, with approximately 35% of the rooms equipped with balconies. The completion of this $23.6 million investment would complete four contiguous blocks of urban streetscape and complement the current diversity of the historic Third Street corridor. It will also create a cohesive urban streetscape and bring a Starbucks to hotel patrons as well as 50 full time and 10 part time employees. Construction began in the fall of 2016 and is expected to be completed in 2018. 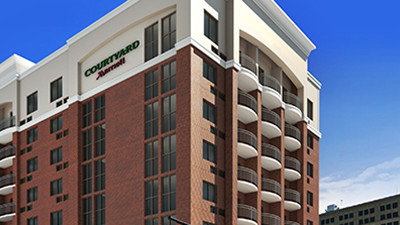