Aaron Lewis - Frayed at Both Ends The Acoustic Tour

Aaron Lewis is bringing all his hits from Staind as well as his solo album music to Baton Rouge at the River Center Theatre!
Aaron Lewis grew up in Springfield, Vermont, listening to his grandparents’ country 8-tracks. Those roots inspired the multi-platinum Staind founder to return to his origins for the #1 Billboard Country Album debut Town Line and Sinner, as well as Billboard’s #1 Hot Country Song debut “Am I The Only One,” only the 9th time since 1958.
Having recorded with George Jones, Willie Nelson, Charlie Daniels, Alison Krauss and Vince Gill, Lewis has put a traditionalist brand on his outlier country. Frayed At Both Ends, due out Jan. 28th, offers the hard touring/15-million selling workingman’s country star at his most personal and unplugged – making for an intimate record that reflects his Frayed At Both Ends, The Acoustic Tour show. 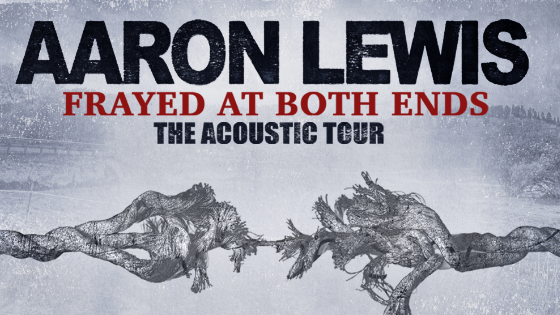