With a unique combination of intensity, enthusiasm and technical clarity, American conductor Andrew Grams has steadily built a reputation for his dynamic concerts, ability to connect with audiences, and long-term orchestra building. He’s the winner of 2015 Conductor of the Year from the Illinois Council of Orchestras and has led orchestras throughout the United States including the Chicago Symphony, Detroit Symphony, National Symphony Orchestra, St. Louis Symphony, Cincinnati Symphony, Baltimore Symphony Orchestra, Philadelphia Orchestra, Dallas Symphony, and the Houston Symphony.

Born in Severn, Maryland, Grams began studying the violin when he was eight years old. In 1999 he received a Bachelor of Music in Violin Performance from The Juilliard School, and in 2003 he received a conducting degree from the Curtis Institute of Music where he studied with Otto-Werner Mueller. He was selected to spend the summer of 2003 studying with David Zinman, Murry Sidlin and Michael Stern at the American Academy of Conducting at Aspen and returned to that program again in 2004. Mr. Grams served as Assistant Conductor of The Cleveland Orchestra from 2004-2007 where he worked under the guidance of Franz Welser-Möst, and has since returned for several engagements.

As an accomplished violinist, Mr. Grams was a member of the New York City Ballet Orchestra from 1998-2004, serving as acting associate principal second violin in 2002 and 2004. Additionally, he has performed with ensembles including the Orpheus Chamber Orchestra, Orchestra of St. Luke’s, Brooklyn Philharmonic, and the New Jersey Symphony.

Zuill Bailey, widely considered one of the premiere cellists in the world, is a Grammy Award winning, internationally renowned soloist, recitalist, Artistic Director and teacher. His rare combination of celebrated artistry, technical wizardry and engaging personality has secured his place as one of the most sought after and active cellists today.

Bailey has appeared at Disney Hall, the Kennedy Center, the United Nations, Alice Tully Hall, the 92nd St. Y and Carnegie Hall, where he made his concerto debut performing the U.S. premiere of Miklos Theodorakis’ “Rhapsody for Cello and Orchestra.” In addition, he made his New York recital debut in a sold out performance of the complete Beethoven Cello Sonatas at the Metropolitan Museum of Art. Bailey also presented the U.S. premiere of the Nico Muhly Cello Concerto with the Indianapolis Symphony Orchestra. World premieres include works by composers such as Lowell Lieberman, Phillip Lasser, Roberto Sierra, Benjamin Wallfisch and Michael Daugherty.

Zuill Bailey was named the 2014 Johns Hopkins University Distinguished Alumni and was awarded the Classical Recording Foundation Award for 2006 and 2007 for Beethoven’s complete works for Cello and Piano. The highly touted two disc set with pianist Simone Dinnerstein was released on Telarc worldwide. In celebration of his recordings and appearances, Kalmus Music Masters has released “Zuill Bailey Performance Editions,” which encompasses the core repertoire of cello literature.

Bailey received his Bachelor’s and Master’s Degrees from the Peabody Conservatory and the Juilliard School. His primary teachers include Loran Stephenson, Stephen Kates and Joel Krosnick. Bailey performs on the "rosette" 1693 Matteo Gofriller Cello, formerly owned by Mischa Schneider of the Budapest String Quartet. In addition to his extensive touring engagements, he is the Artistic Director of El Paso Pro-Musica (Texas), the Sitka Summer Music Festival/Series and Cello Seminar, (Alaska), the Northwest Bach Festival (Washington), Classical Inside and Out Series- Mesa Arts Center(Arizona) and Director of the Center for Arts Entrepreneurship at the University of Texas at El Paso. 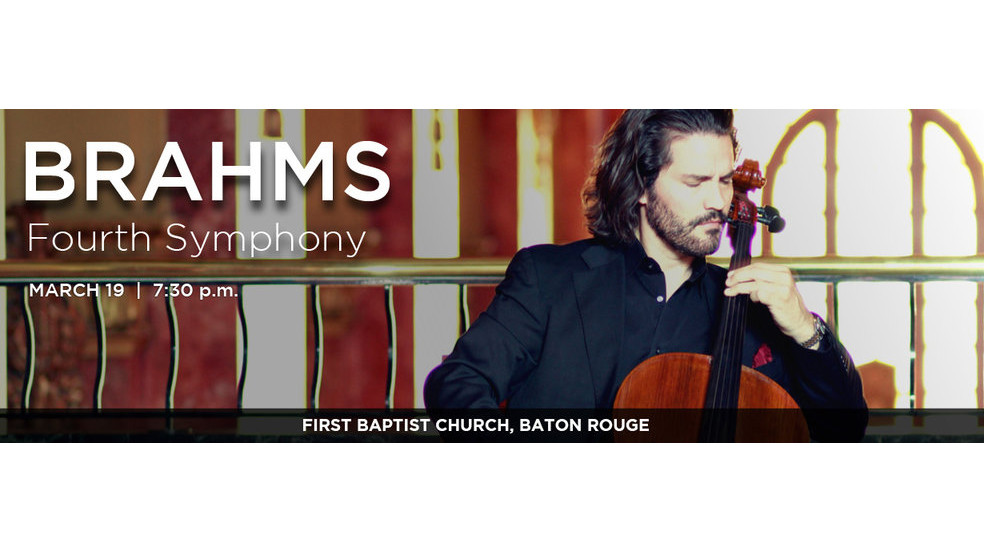