Comedy heavyweight Mike Epps brings “The Fabulously Funny Comedy Festival” to Raising Cane’s River Center Arena in Baton Rouge, LA. on March 21 at 8 p.m. Epps will lead the show with an all-star lineup including Earthquake, DC Young Fly, Kountry Wayne and Jess Hilarious. The veteran entertainers will bring down the house with their sharp wit, unbridled humor and hysterical storytelling for a comedy show fans won’t want to miss!

Highly praised for his performance in the Netflix comedy “Dolemite Is My Name” starring opposite Eddie Murphy, Epps is generating an extraordinary amount of buzz among his peers for being not only one of the funniest comic actors in town, but also for his burgeoning dramatic talent. This summer, Epps released his latest standup special “Mike Epps: Only One Mike” (Netflix), and dropped his single “We Goin’ Out” feat. Big Boi and Sleepy Brown. Up next, Epps will be starring in the Netflix comedy series “The Upshaws” with Wanda Sykes, “The House Next Door,” sequel to the 2016 film “Meet The Blacks” and “Last Friday.”

Tickets go on sale Friday, Nov. 1 at 10 a.m. local time. Prices range from $52-$125. For information on how to purchase, visit www.FabulouslyFunny.com Ticketmaster.com, or the Raising Cane’s River Center Box Office. 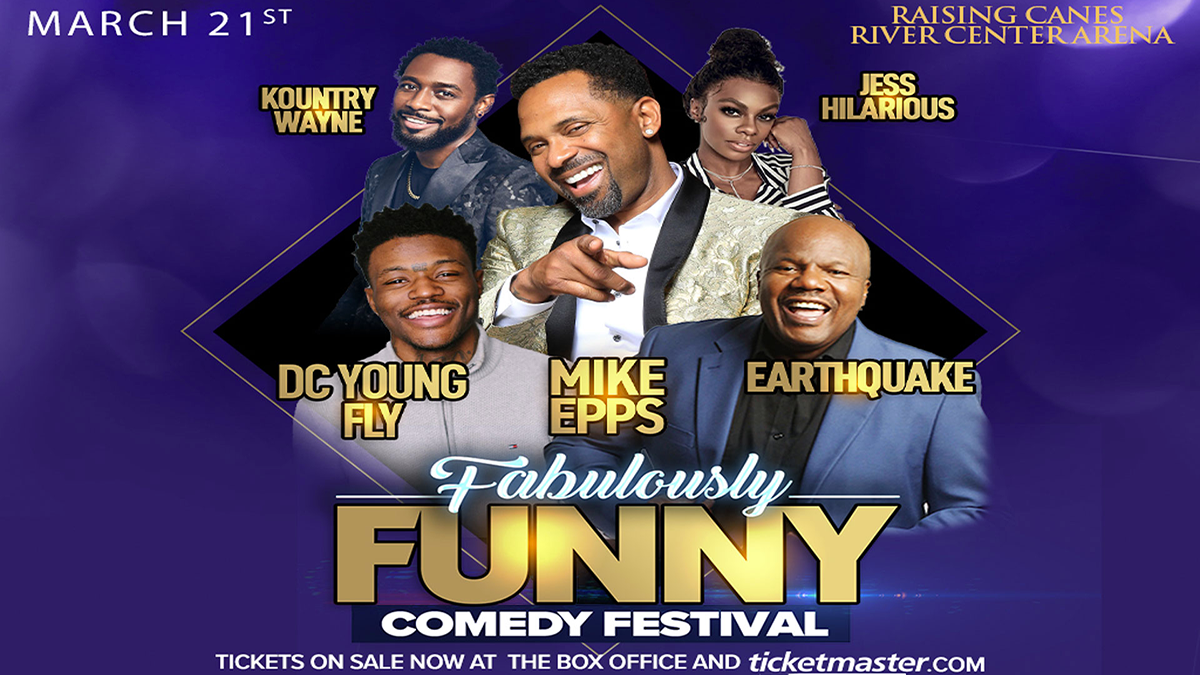