New Orleans born saxophonist Donald Harrison is a musician/composer who master musicians consider a master of every era of jazz, soul, funk, and a composer of orchestral classical music. He is also a genius, according to geniuses like Eddie Palmieri and Mike Clark. In the HBO drama Treme, Emmy winning director David Simon created two characters to portray how Harrison innovated new styles of music. Harrison has appeared as an actor/musician in 9 episodes of Treme, Oscar-winning director Johnathon Demme’s film Rachel Getting Married, Spike Lee’s When The Levee’s Broke documentary, and Marvel’s Luke Cage. This talented artist is the recognized Big Chief of Congo Square in Afro-New Orleans culture and was made a Chief in 2019 by Queen Diambi Kabatusuila in the Democratic Republic of Congo, Africa. 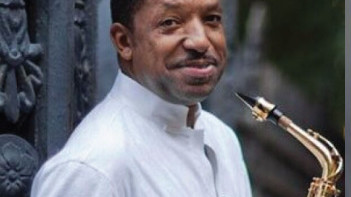