Boasting a warm, finely burnished tone and a robust melodic and harmonic imagination, tenor saxophonist Eric Alexander has been exploring new musical worlds from the outset. He started out on piano as a six-year-old, took up clarinet at nine, switched to alto sax when he was 12, and converted to tenor when jazz became his obsession during his one year at the University of Indiana, Bloomington (1986-87). At William Paterson College in New Jersey he advanced his studies under the tutelage of Harold Mabern, Joe Lovano, Rufus Reid, and others. "The people I listened to in college are still the cats that are influencing me today," says Alexander. "Monk, Dizzy, Sonny Stitt, Clifford Brown, Sonny Rollins, Jackie McLean, Joe Henderson--the legacy left by Bird and all the bebop pioneers, that language and that feel, that's the bread and butter of everything I do.”

In 2004, Eric signed an exclusive contract with the New York-based independent jazz label, HighNote Records where he has amassed a considerable discography of critically-acclaimed recordings. Most recent among them is “Chicago Fire” HCD 7262, “The Real Thing” with Pat Martino HCD 7278 and “Second Impression” HCD 7296. Eric’s most recent HighNote release, “Song of No Regrets,”(HCD 7311) was featured in Downbeat’s “Hot Box”. He is currently working on a new recording project which will see commercial release in mid-2019. For more information or prices call 344-0334 or visit www.manshiptheatre.org 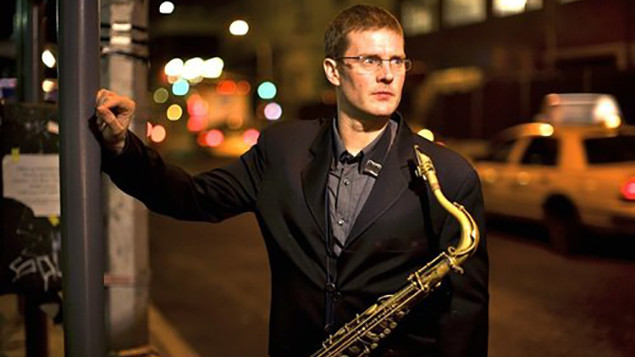