- Early entry into the venue

- Meet Shovels & Rope. Say hello and snap a photo with Michael and Cary before the show

As the Brontë sister wrote, “The ties that bind us to life are tougher than you imagine.” Shovels & Rope, the musical duo of Michael Trent and Cary Ann Hearst, embody that bond. Married for a decade, their covenant extends to blood and beyond: as parents, bandmates, and creative collaborators who can now add the pursuits of festival curators, film subjects, and children’s book authors to that mighty list. Having released four studio albums and two collaborative projects (Busted Jukebox, Vol. 1 & 2) since 2008, Trent and Hearst have built their reputation on skill, sweat, and, yes, blood. Now, with the tough and elegant new record By Blood, as well as their High Water Festival in their hometown of Charleston, South Carolina, “Shovels & Rope: The Movie”, and the picture book “C’mon Utah!”, Shovels & Rope are primed for their biggest year yet.

Accomplished musicians in their own right prior to dedicating themselves full time to Shovels & Rope in 2011, Trent and Hearst have made a career together by seizing opportunities and never resting on their laurels or being complacent in doing something just because. Carving out a niche in the music world with strong, roots/indie/folk/rock-inspired efforts like 2012’s O’ Be Joyful, 2014’s Swimmin’ Time, and 2016’s inward-looking Little Seeds, as well as their powerful live show, far-reaching tours, and myriad TV and festival appearances, Shovels & Rope have earned the right to follow their own muse. And so, in an effort to satisfy their numerous creative interests and adapt to a changing industry, Trent and Hearst have firmly planted their flag in realms beyond recording and releasing albums.

By Blood’s ten songs are vignettes that focus on vulnerable, human characters laid bare, while the textures are gritty, sweeping, and profound. These are tales of inherently good yet incomplete people whose faults are on the table in plain sight, a trait that endears the subjects to the listener and that the songwriters recognize in themselves.The first single “The Wire” is about accepting your own faults and learning to say you’re sorry. Its stylishly minimal verses and wall of sound chorus recall some raw, girl-group era drama as well as timeless rock and roll. As the gorgeous, dark lullaby of the title track brings the album to its end, the beautiful, cinematic journey of By Blood has left its mark.

And so, bound by blood, by sweat, and by love—of creativity, craft, and family—Shovels & Rope are coming out swinging. From the bind in their band name itself to the shared life they have built from scratch, it’s clear that Trent and Hearst are in constant pursuit of their best selves—together.

Early James and the Latest is a combination of roots rock, the lonesomeness of the blues and tongue and cheek of classic country. Drawing their influences from Hank Williams to Miles Davis this raw combination of James Mullis and Adrian Marmolejo is a musical meltdown that draws from the rich lyrical content of the south. 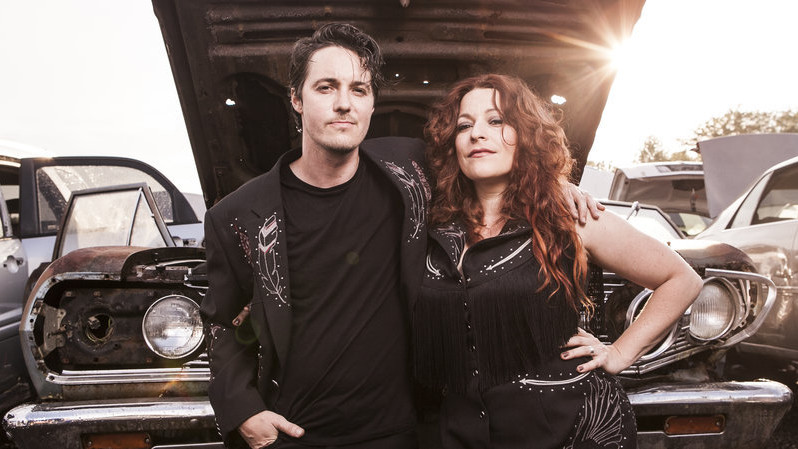