Tab Benoit's Swampland Jam - Tab Benoit, one of music’s most enduring and masterful blues and roots performers - and an authority on Louisiana music and culture - leads an all star band featuring three giants of Louisiana Roots Music - Big Chief Monk Boudreaux, Johnny Sansone, and Waylon Thibodeaux. Tab Benoit is a Grammy nominated singer, songwriter and guitarist who has built a remarkable 30+ year career on the foundation of his gritty and soulful Delta swamp blues and acquiring a devoted legion of fans along the way, as well as 5 Blues Music Awards, including BB King Entertainer of the Year (twice) and an induction into The Louisiana Music Hall of Fame. 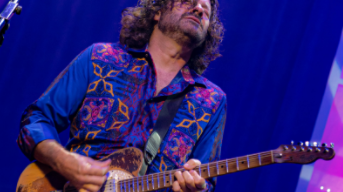