The prominent theme within Plan Baton Rouge II was to reconnect Baton Rouge with the mighty Mississippi River by establishing a connective urban core anchored by the Central Green - a network of greenspaces linking downtown’s cultural and civic attractions. The redesign of City Hall Plaza (Rhorer Plaza) fulfills a major goal of the plan by linking institutions such as the library, Old State Capitol, Shaw Center, and City Hall via a system of greenspaces including, Repentance Park, Galvez Plaza, North Boulevard Town Square, and City Hall Plaza (Rhorer Plaza). The improvements to City Hall Plaza (Rhorer Plaza), spearheaded by Reed Hilderbrand Landscape Architects, include the removal of underutilized and harsh existing hardscapes in the plaza, replacing them with a large green lawn, an elevated crushed granite promenade, and shade trees. The redesign also provides for better circulation and ADA accessibility throughout the City Hall and River Center Campus, and allows the Galvez Stage to be used from both sides by covering the opening above the parking north of the ‘Crest’. City Hall is also incorporated into the City Hall Master Plan by extending a floating “porch” into the greenspace, and closer to the Galvez Stage and Crest sculpture. 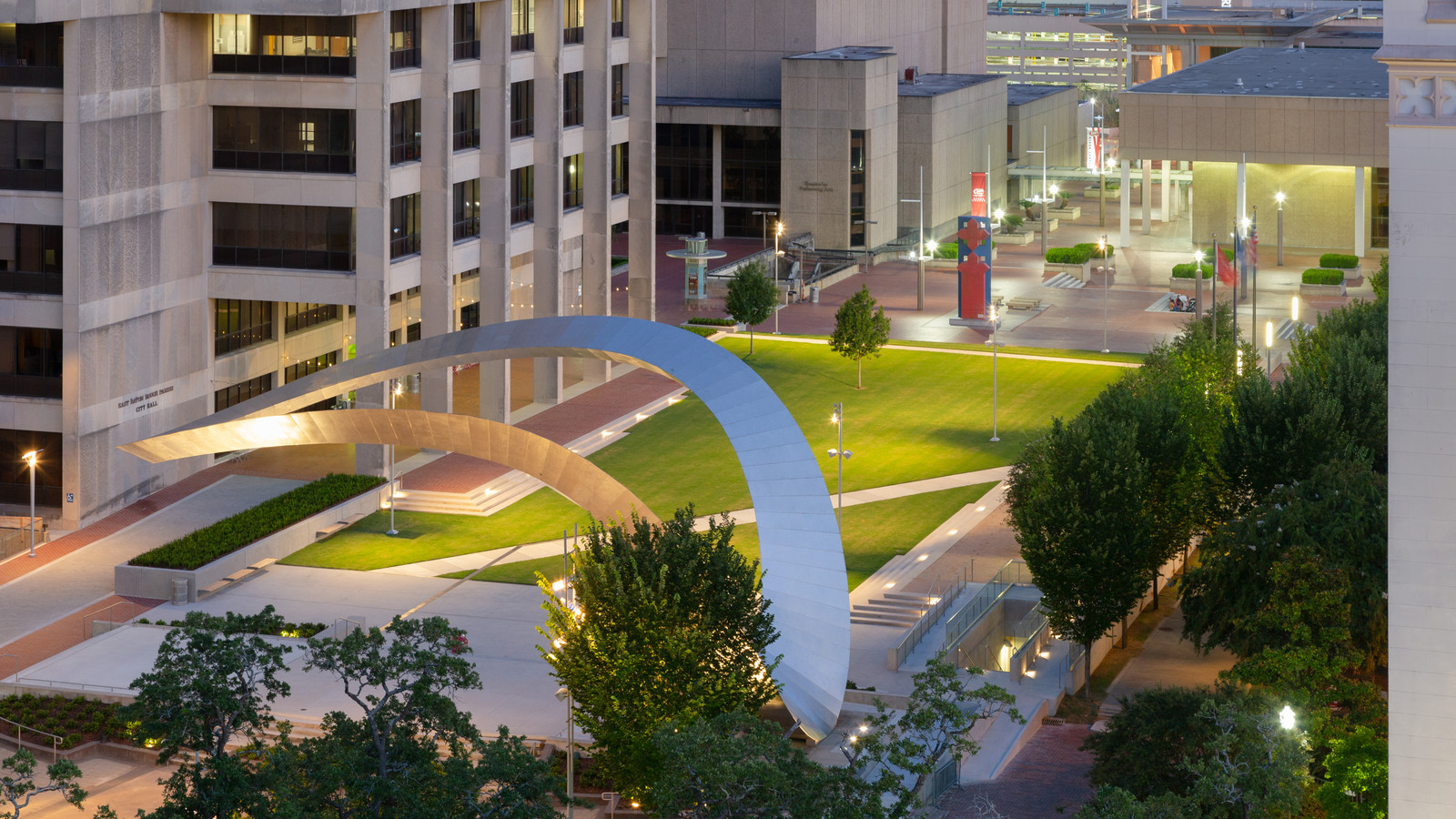