Share:
The oldest church building in the metropolitan area of Baton Rouge, St. Joseph was chosen by Pope St. John XXIII to be the Cathedral of the new Diocese of Baton Rouge when this was founded in 1961. It is listed on the National Register of Historic Places. It also received a national award from the U. S. Liturgical Conference as an outstanding example of a church renovated according to the directives of Vatican II. It has been called the “mother of parishes” in the metropolitan area because all the other nearby parishes were once a part of St. Joseph, and it has also been known as the “nursery of bishops,” for at least nine of the priests assigned to it have been ordained as bishops.

Father Paul Counce, a native of Baton Rouge, now serves as the 35th pastor of St. Joseph Parish. While its resident parishioner base is small due to its location downtown, the Cathedral Parish is beloved by friends far and wide for its history, its ministries, and its constant witness to our precious Catholic faith. The Cathedral continues to prosper because of the hope, faith and generosity of the people of Baton Rouge. Its history continues to be made. May the countless prayers offered within the walls of the Cathedral bring a special blessing to all who worship and visit here, and may that blessing also follow you through life! 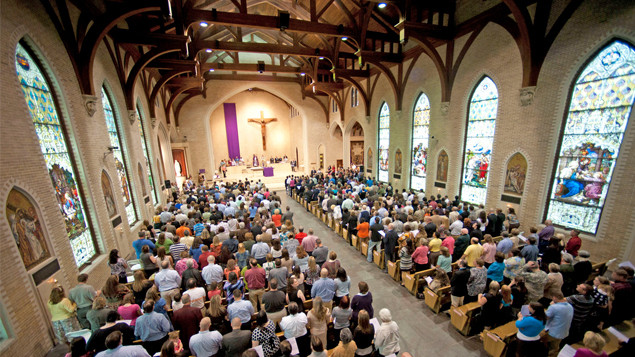