From the Blue Planet to the Red Planet is a delightful animated show good for young audiences and also fun and educational for older visitors. It takes place during a time in the future when scientists will travel to Mars to study, as NASA is preparing to do now. The show includes data on historical missions such as other rovers and satellites and includes current theories about geology, climate, and weather told from the point of view of Aiden, a Middle School student who corresponds through video message (also very relevant in our COVID world!) with his older sister who is on a field trip on Mars.

Learn more about the Perseverance Rover's landing from NASA: https://mars.nasa.gov/mars2020/timeline/landing/ 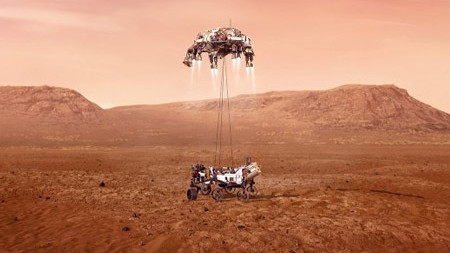